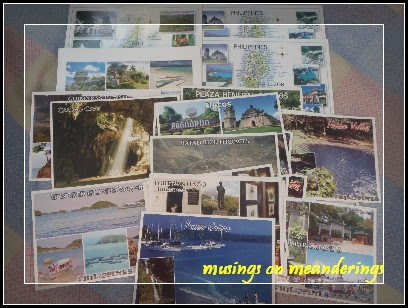 Last Tuesday, I managed to sneak a quick day out + mailed a number of postcards. Look here if you are on the list:

I also mailed 2 postcards for PE member, Jon, who asked me to mail his self-addressed Bulacan postcards to him ^_^

I have been alerted that some of the postcards have reached their destinations. Hopefully the rest of them will do, too, before the Christmas break approaches. I will be sending my Christmas cards next + another batch of postcards, hopefully I can send them later today.

Have a wonderful Wednesday meanderers!