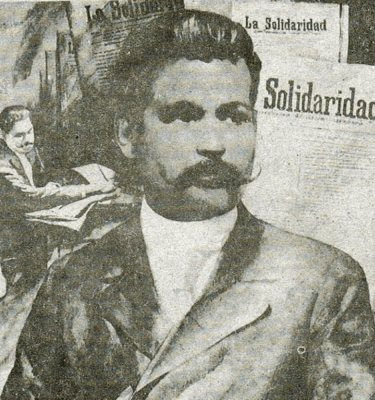 Apart from being my little man’s birthday, another person was born today all those many years ago + I blame my forgetful mind for not remembering. I studied in a high school named after him + we are called Del Pilarians so I ought not forget.

Marcelo H. Del Pilar was born in Cupang, Bulacan, Bulacan on August 30, 1850. He is most distinguished with his works with La Solidaridad {as a writer + co-publisher} + is also popularly known by his nom-de-plume, Plaridel {which also happens to be a name of another town here in our province}. He also spearheaded the secret organization of masonic lodges in the Philippines to strengthen the propaganda movement, which aimed he the title Father of Philippine Masonry. One of his famed work is Dasalan at Tocsohan {Prayerbook + Teasing Game}, comprised of parodies of the sign of the cross, popular prayers + the catechism.

He is another great reason for all of us Bulakeños to be proud of + one day when my little one is big enough I will tell him all about the great things that this Filipino hero did! 🙂

It goes without saying that today is a local holiday here in our province + most of the government establishment are closed down to commemorate Marcelo’s great deeds. It was a good thing I was able to do my errands yesterday, including mailing my postcards + paying my electricity bill. 😉

free image is not mine