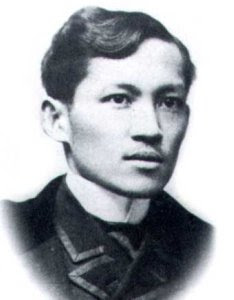 Today Filipinos the world over are commemorating the 116th death anniversary of our National Hero, Dr. Jose Rizal. He was executed in Bagumbayan on 30 December, 1896 on crimes of sedition, rebellion and conspiracy. His literary masterpieces, Noli Me Tangere and El Filibusterismo, sparked the Philippine revolt against the Spanish regime.

Even people from other parts of the world honor and recognize Dr. Rizal as Asia’s first modern non-violent proponent of freedom. A reenactment of the day of his death, as well as a ceremony in his honor will be held at Rizal Park in Manila today, to be led by no less than Pres. Aquino himself. 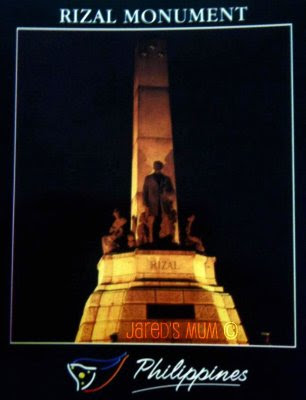 To join in the celebration of Rizal Day I shall be sending this Rizal Park postcard with a Rizal commemorative stamp to one lucky commenter! Leave your e-mail, too, so I will know where to reach you in case you won! 🙂