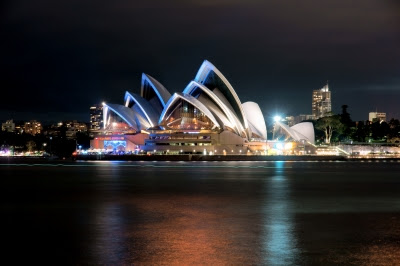 Australia has become one of the most toured destinations in the world. Every year, millions of visitors from around the country or abroad flock in its various cities. As such, the number of annual tourists in the country peaks at over 6 million. These tourists are attracted to Australia due to its major attractions. Examples of these attractions include the Great Barrier Reef, marine wildlife, sandy beaches and the numerous wineries that dot the country’s landscape. Such attractions have always proved to be enthralling regardless of the fact that various tourists undertake Sydney, Melbourne or Gold Coast holidays.

While in Australia, tourists are always looking for fun activities to do. This includes shopping, mingling with the locals, visiting the Sydney harbor or even snorkeling. Not to be forgotten is the vibrant partying scene that has helped the country carve out a niche for itself. It is at these party joints that tourists can forge new relationships with the locals as well as get some time to unwind. Some of the standout party destinations in Australia include:

For those touring Melbourne, it would be hard to miss the various party joints that exist in the city. Melbourne boasts of having a grassroots party industry that consists of live music, sofas and lounges. Tourists would also do well to remember to improve on their wardrobes since most of these party joints have strict dress codes. In light of the vibrant entertainment scene in Melbourne, however, adhering to the set dress codes would be a worthy venture. Examples of party spots in the city include Hairy Canary, Brunswick Hotel and The Green Room. Here, partygoers should expect various types of entertainment in the form of different music genres.

Beer lovers would definitely feel at home in Darwin—home of beer drinking. Apart from beer, partying in Darwin is an enjoyable activity because of the presence of many live bands and DJs. The presence of these two options means that tourists can reap the entertainment benefits of both activities. The existence of numerous pubs along Mitchell Street means that visitors should not worry about finding a drinking joint.

When one talks about Gold Coast holidays, images of sandy beaches, clear skies and ocean waves spring to mind. Surfers Paradise better exemplifies this—it is a perfect destination for people in search of a beach party. Stepping into this party destination instantly introduces the visitor to an atmosphere of sheer fun and liberty. It is a place to let go of all worries and indulge in unrivalled session of blissfulness and ecstasy. The sandy beaches, coupled with the wonderful ocean waves, provide a great opportunity to bathe in the sun or partake in surfing. Those in need of a drink can obtain their favorite beverages from the numerous restaurants or pubs in the city. Even better, a trip to Surfers Paradise does not involve humongous financial investments.

The party scene in Brisbane is a mixture of elegance and liveliness. Those who are fans of posh partying would be more inclined to make a trip to any of the wine bars in the area. Lively clubs are still in existence complete with DJs belting out people’s favorite tunes. This means that partygoers who prefer lively places will not feel excluded.