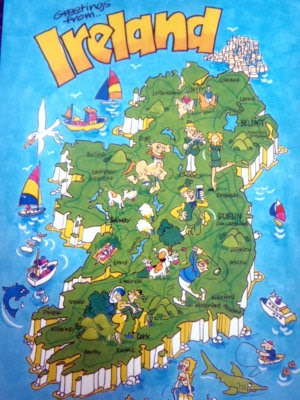 Here is another map card to add to my growing collection.

Thought you might want to know about these interesting facts about Ireland:

With abundant rainfall in Ireland, am guessing they’d be needing to shop for jackets and other similar apparel from www.peterglenn.com more often.

Thank you Anna for this colorful map card. It is now one of my favorites, too!  😀