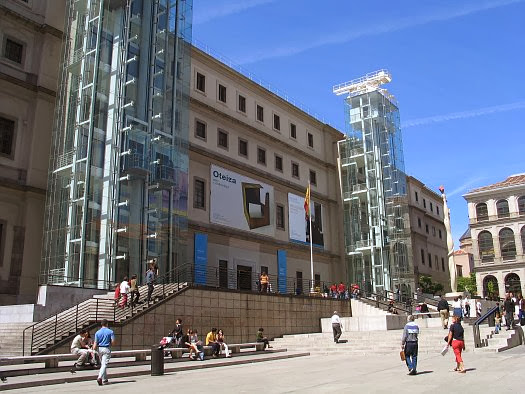 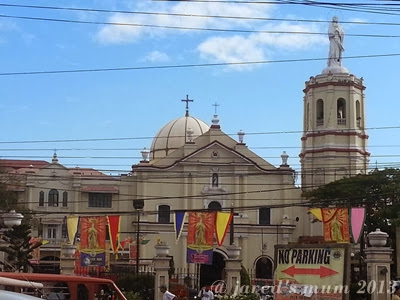 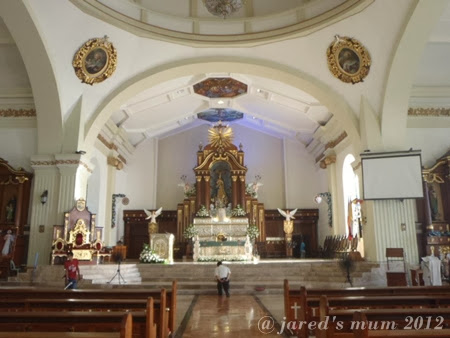 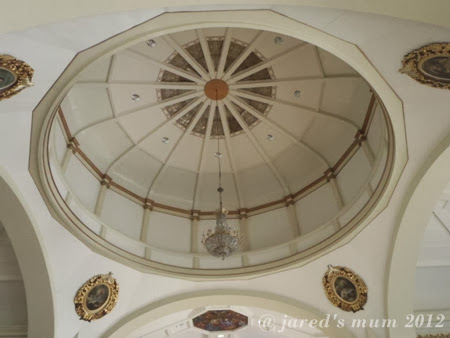 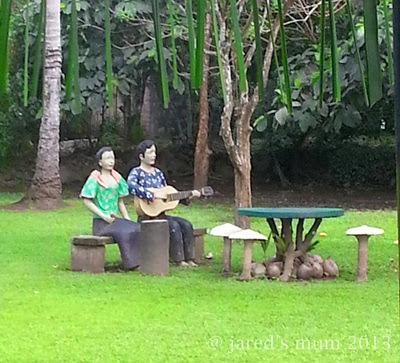 Am not exactly sure whether they are called that, but some parts of Villa Escudero were peppered with these kinds of statue. I particularly was drawn to this one as I thought it looked rather romantic. It seem to be depicting a now-extinct part of Filipino culture, harana, where boys go to the home of the girls they absolutely like and serenade them with beautiful Kundiman. Although they do not have available pearl vision at musicians friend at the time as accompaniment, am sure the guitar and other string instruments they used to play love tunes were enough to catch the attention of the ladies.

Apart from statues like these that adorn native Filipino costumes, there are also little children statues playing at the playground and more near the pool area, some of them are playing while others are reading books and doing other stuff.

Of course, there are loads of other interesting to see at Villa Escudero and I shall share all about them in my future posts. Ciao! 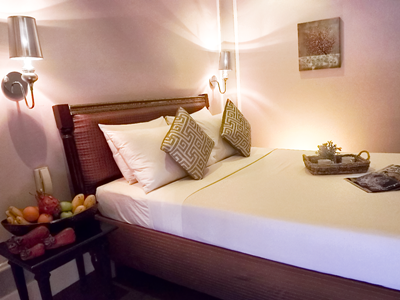 I have been meaning to bring the little man to Tagaytay for Christmas but our plans did not push through last year. I am actually keeping my fingers crossed that we get to visit the lovely place this time around. I would love for Jared to see the picturesque Tall Volcano and Lake, as well as check out visitors’ favorite like the Picnic Grove, Tagaytay Highlands, People’s Park, as well as the new attraction there, the Sky Ranch. Personally, I would also like to re-visit Mushroom Burger and have a healthy meal or two, and check out Sonya’s Garden and Paradizoo, where we can see a number of interesting animals. 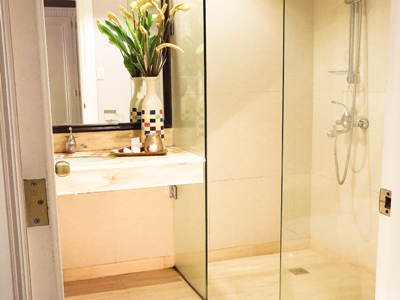 one of the beautiful bathrooms

One of the best accommodations you might want to check out when you are also planning for your family trip this December is the View Park Hotel, located in Calamba Road, which is just a few minutes away from the famous attractions in the country’s Second Summer Capital. They offer affordable packages to fit anyone’s budget. They also have an assortment of room accommodations sizes for anyone’s board and lodging needs. Choose from a number of Standard Rooms, Family Suite, Executive Room, among other accommodation packages. Each room is also fully air-conditioned and equipped with Wi-Fi access, flat screen TV, mini bar with fridge, hot and cold water with toiletries, as well as complimentary breakfasts. They also have Body Shop bath kit for the Executive Suite, as well as bath tubs on selected rooms. With those outstanding amenities and more, it is no wonder why View Park Hotel is a go-to place in Tagaytay for both business and leisure travelers who search for comfortable rooms, good service, and good food. 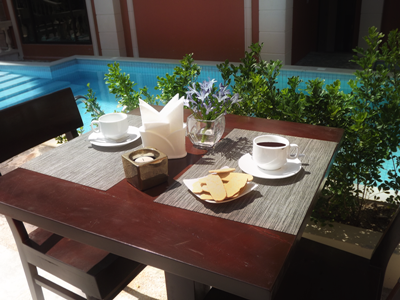 a view from the poolside

I really hope we can go see Tagaytay this year, and if we get lucky I wish we can stay at the View Park Hotel even just for a night!