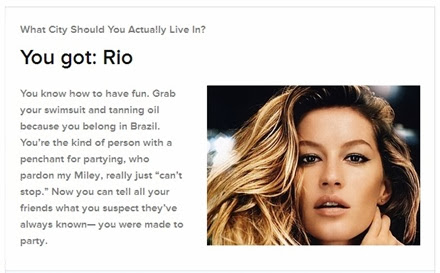 image is the result of my quiz at buzzfeed.com

Do you ever wonder whether you were actually living in the wrong city and that you would probably be more comfortable, happier and better off living somewhere else? I chanced upon this online travel quiz while browsing through fun musical videos and I just had to stop doing what I am doing to take the quiz. If you’ll know me, you’d know that I am such a sucker for these personality quizzes I’d take one at any given time.

So off I went to answer the interesting quiz. I got questions like how do I take my coffee, what jam do I go for and what sort of food can I eat forever. I promise you won’t break a sweat when you answer this fun Q+A. So after answering a couple of questions, I got my result and what do you know? According to my answers, I was supposed to flourish living in Rio!

Am just not sure about the penchant for partying as am not really that much of a party-goer, but I am sure I will have a wonderful time if I happen to be living in that beautiful city. I won’t mind visiting its UNESCO World Heritage Site bit every so often and climbing the Christ The Redeemer landmark and taking as many photos of it! I know I will also have a wonderful time at the Rock in Rio Festival, where a lot of musicians will participate. I am sure I will enjoy a beautiful musical performance with musicians playing mpk 49 at guitar center and an assortment of other instruments. And I will most definitely enjoy their lovely beaches!

Oh well, I do not think I’d be heading to Rio anytime soon but it is good to know that I will have a grand time living there! Who knows I might just experience that one day, right? 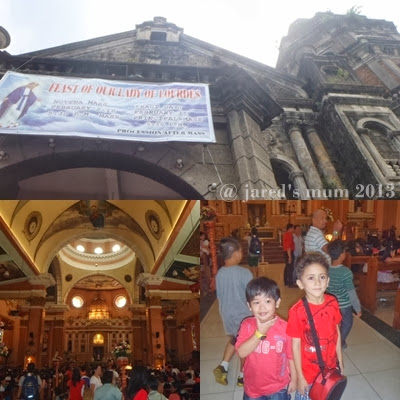 We don’t really celebrate Chinese New Year at home that is why I was thrilled to experience it where all the festivities and the magic happens, in Binondo, Manila.

We checked out the Binondo Church first while waiting for the rest of the tour group who went on to explore some places while waiting for us. We saw the iconic purple engine sponsored by the famous Eng Bee Tin chain of shops. The little man experienced dragon and lion dances for the very first time and he was quite enamored with the colorful performers. Later on in our tour, we even get to  witness a different kind of dragon dance, with fireworks this time.

Chinatown is teeming with people who want to partake in the festivities, as well as with vendors selling charms, fruits and other wares related to Chinese New Year. I bought the little man a snake balloon, which we had to throw away after a few hours when it was punctured and carrying it around became inconvenient. We ambled on to Ongpin Street to see the famous Chinese stores there and went ahead to explore the Chinese Temple on Teodora Alonzo Street. 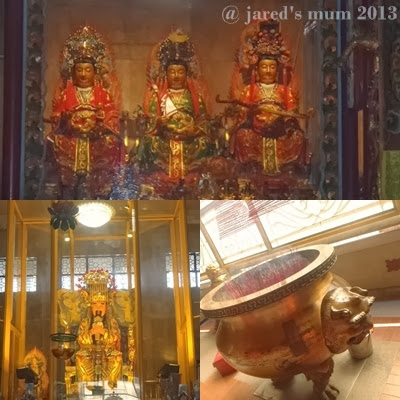 It was my first time inside a Chinese temple. It sure has a different ambiance from the Catholic churches that I visited. We tried lighting Chinese sticks {incense} and prayed. Chinese temples also have huge statues of revered characters in Chinese worship, a photo of our National Hero Jose Rizal and comes with free popcorn and soft-served ice cream! Jared actually enjoyed snacking on popcorn while eyeing these cool tiger statues we saw outside the temple. Another unique feature of the temple will have to be the elevators. No need to take the flight of stairs to get to the 2nd 3rd and 4th floor where the temples are located. END_OF_DOCUMENT_TOKEN_TO_BE_REPLACED 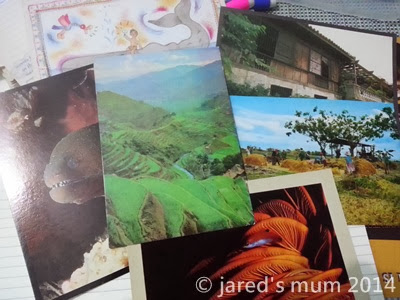 Jump-starting this year’s postcrossing by going to the Post Office after the little man’s first day on his new playschool on Monday. I have a few backlogs in my swap last year and am just relieved to finally be able to send every postcard that I have not been able to send last year. 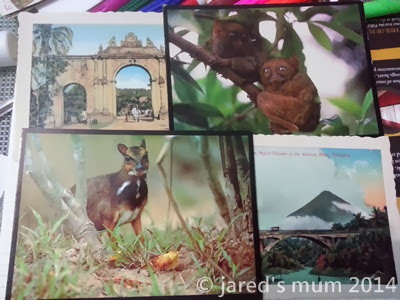 I do apologize to my swapmates that their cards are sent out a little bit late and I do hope they arrive in no time. I really look forward to swapping with more people this year and building up my collection. So while I read all about this Reid Supply leveling devices, I am alternately browsing these postcard images on Facebook for more potential swaps.

Here’s wishing you all a great postcrossing year! 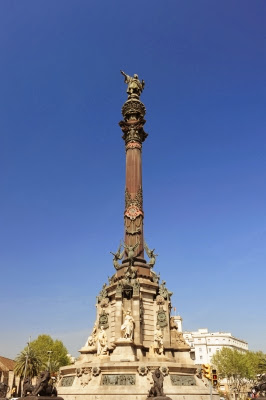 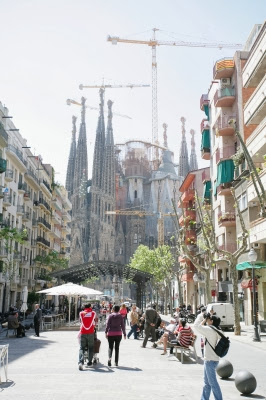