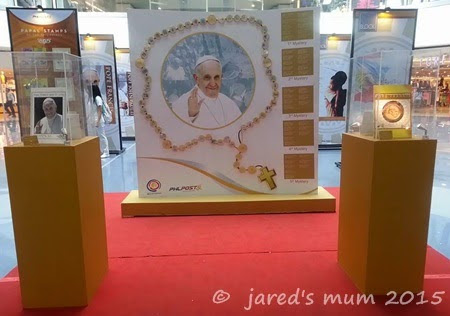 We may not able to catch the Holy Father during his recent visit to the country, but atleast we managed to catch the Papal Stamps Exhibit at The Block {SM City North EDSA}. The exhibit lasted during Pope Francis’ several-day visit and has the same theme, too, Mercy and Compassion. It highlighted local stamps featuring the Holy See, as well as old stamp designs featuring previous popes. 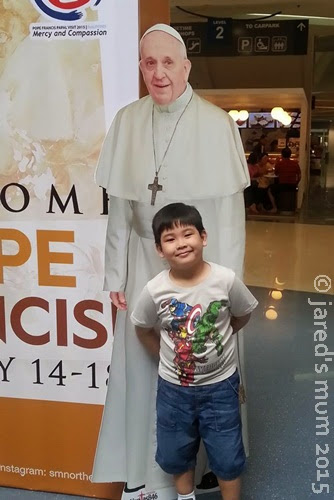 I was not able to scrutinize each of the stamps on display during our visit, but I was able to take a snap of some of the displays they have. A number of stamps featuring Pope John Paul II were also on display. 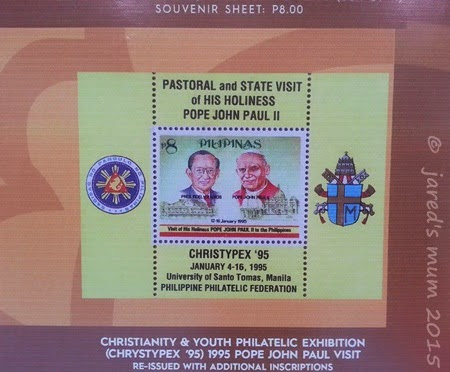 I noticed that they were also selling a lot of Pope Francis stamps, but I decided against buying some as they were actually exorbitantly priced and I was sure I can get some at regular price in the local Post Office or from a fellow Postcrossing group member. And true enough, I was able to ask a postcrosser friend to get me these stamps. They were also available at the local PO branch when I went there to post some cards. 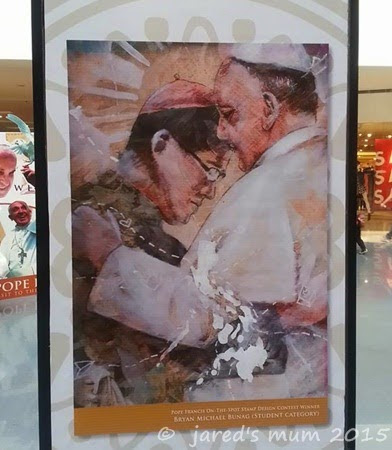 Truly, Pope Francis have touched many Filipino hearts with his example of simplicity and sincerity. He has also changed millions of lives with his show of mercy and companion. Even when we have not participated in any of the gatherings during his visit, we were glued on the telly monitoring everything. These Papal stamps sure are perfect memento of the Pope’s Philippine visit, as well as a great reminder of his humility and kindness. 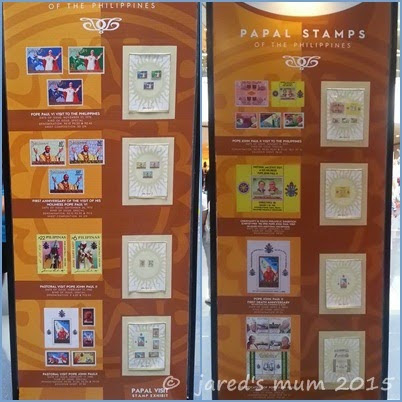 The Papal Stamps of the Philippines

Were you able to catch the exhibit or get your hands on some of these Papal Stamps?