Penang is an island off the northwest coast of Malaysia and is mostly well known for its rich and multi-cultured history predominantly of Chinese, Indian, European, and Malay influences. There are so many beautiful places to see and visit and definitely lots of interesting tea houses and restaurants to check out in what was originally known as the Pearl of the Orient.

Much like the rest of Malaysia Penang has a temperature that ranges between 22 degrees Celsius during daytime and 30 degrees Celsius at night. The weather is mostly rainy, especially during the months of August and November.  Although the driest season is generally between January and February, most local travelers flock to Penang in December, when it is raining on the other side of the peninsula. It is the most populated state in Malaysia and residences are mostly of ethnic Chinese decent. 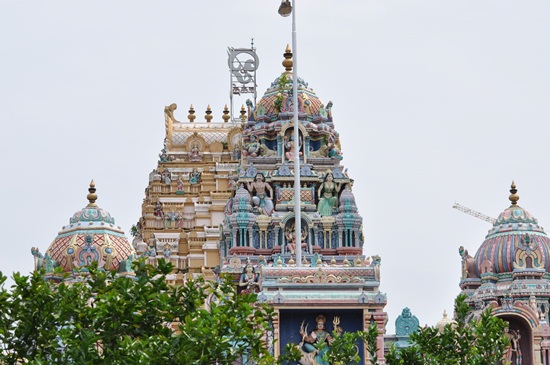 In And Around George Town

What better way to begin your Penang exploration than by heading first to the capital city of George Town. This is a popular choice among tourists because of the many temples and churches and age old houses dating back to Second World War. Named after King George III of Great Britain, George Town is enlisted as a UNESCO World Heritage Site and the city’s downtown is comprised of a beautiful assortment of 19th century architecture. For those who simply love to explore the city on foot, traversing further to the popular Armenian and Pitt Streets, as well as the esplanade and Love Lane will lead you to some of the most delightful attractions the city has to offer, starting with Pinang Perakan Mansion, Kapitan Keling Mosque and temple of Khoo Kongsi. And if you would venture farther along Penang Road, you will discover the lovely Chinese courtyard of Cheong Fatt Tze mansion situated on Leith Street which is also a crowd favorite. For an enthralling view of the entire city, though, a ride up Penang Hill via the Penang Hill Railway is highly recommended.

Some would say you have never really experienced what Penang has to offer until you have taken a tour of the city aboard the trishaw. This distinctive humanly drawn vehicle is unique to Penang and is known for its three wheels. It is also one of the most creative ways to explore around the city as the trishaw drivers are also great tour guides and will help you find your way even through the trickiest of streets and alleyways. Your one of a kind experience will cost you about 30 ringgit and most people will agree that it will be an experience worth every penny.

Those who love the great outdoors and spending time under the sun will never run out of interesting places to see and do in Penang. If you have grown tired of visiting the numerous museums, participating in many a number of heritage tours, and checking out various churches and temples, it is time to head to some of the top outdoor destinations in the area. If you love nature and would love to spend a bit more time with beautiful creatures like butterflies, there is no better place for you to go next than the Penang Butterfly Farm, what many considered as a living museum. Experience close proximity with nature and the beautiful fluttering creatures in the farm’s huge enclosure. For the more adventurous guests, they can always check out the other specie housed at the farm, ranging from snakes, spiders and lizards. For another kind of adventure, a visit to the Tropical Spice Garden will prove to be worthy of anyone’s time. Marvel at the garden’s 500 herb specie showcase and be challenged by the trail of hills and streams.

The Food Paradise Of Malaysia

Penang is considered by many as a food paradise and is home to some of the most delicious yet affordable food you can find in Malaysia. In fact, it was named as New York Times’ 2nd must-visit place of 2009 for its many scrumptious and mouth watering food and delicacies. Many locals will tell you that the best way to find the best food in Penang is to follow where the locals flock to eat. If a little hole in the wall restaurant is frequented by many during mealtime, then it is most likely that the place offer one of the best food in the area. Some of the most delicious meals you have to make sure to eat while in Penang are their famous stir-fried flat rice noodles, Nasi Kandar, Lobak, and everyone’s favorite, satay. Do not leave Penang without having a taste of their local jam, kaya, especially the one found on Madras Lane.

Bring Home A Part Of Penang

Of course, any trip will never be complete without doing some serious shopping and getting souvenirs to giveaway to family and friends. There are many local shopping malls you can check out for local crafts and keepsakes, but if you are traveling on a tight budget, it will also be practical to give the local flea market a visit for affordable native wares and unique finds.

both images are from commons.wikimedia.org