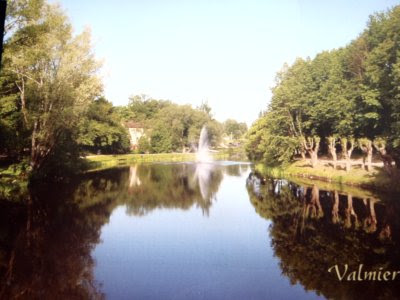 Here is another card from Anna who also sent me the Ireland map card. This beautiful pond is located in Valmeira where she lives.

Just so you know this is actually pronounced as “Wolmar” in German. This city is the largest in the historical Vidzeme region in Latvia.

This looks like a very relaxing place to visit on a lazy Sunday afternoon, won’t you agree? I wonder if people are allowed to swim in the pond. 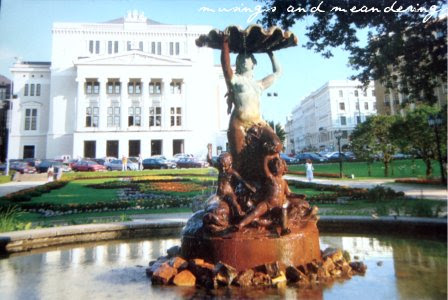 This official Postcrossing.com card {ID#:LV-68500} is also my first from Latvia. It showcases the Kansallisooppera Die Nationaloper {whew, sure is such a mouthful! ;)} or the Latvian National Opera, which includes the LNO chorus, the LNO orchestra + the Latvian National Ballet.

Here’s the message at the back: 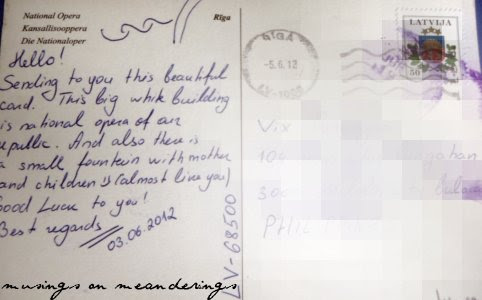 He did not sign his name, but his Postcrossing.com profile says Andrew. Thanks for sending this lovely card my way! 😉