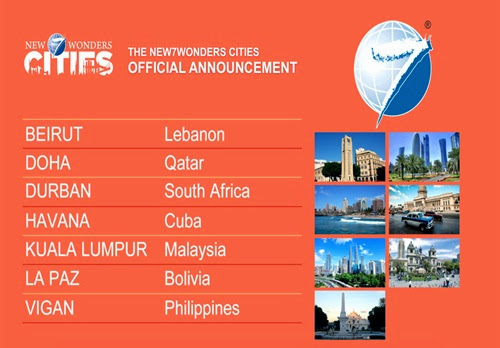 It is official, Vigan City in Ilocos Sur is now one of  the New7Wonders Cities. This is a global voting competition that seeks to preserve man-made and natural heritage sites around the world.

Vigan in a nutshell

Local officials encouraged all Filipinos to unite and help Vigan become one of the New7Wonders of the World by voting for the city. Being part of this prestigious list of breathtaking sites will not only bring due recognition to the beauty of Vigan, but also boost tourism in the city.

In the country, where majority of Filipinos are still not connected to the internet, the most accessible way to give support to Vigan was via SMS.

Chikka Philippines, the creator of the popular texting application – Chikka Text Messenger, and Vantiv Systems Philippines, the company that organized the voting for the Puerto Princesa Underground River as one of the New7Wonders of Nature, worked hand-in-hand to help Filipinos vote for Vigan just by texting. Powered by the newly launched Chikka SMS API {http://api.chikka.com}, the system allows subscribers to send in as much as ten votes at once. END_OF_DOCUMENT_TOKEN_TO_BE_REPLACED