By  virtue of Presidential Proclamation 443, signed by Executive Secretary Paquito Ochoa, Jr + based from The New Provincial Administrative Code of Bulacan, Chapter II, Section 14, Foundation Day and Section 27, The Provincial Legal Holidays, August 15 is declared by President Noynoy Aquino as a special non-working holiday in the province to commemorate Bulacan’s 434th Foundation Day.

Commemoration activities begins with a holy mass at the Bulacan Capitol Gymnasium at 7.30am followed by flower offerings to Gen. Gregorio Del Pilar’s monument headed by Gov. Willy Alvarado, Vice Gov. Daniel Fernando + members of Sangguniang Panlalawigan. Most government offices will be closed today in observance of this holiday, it’s a good thing that most private establishments, like the grocers or leather chair repair shops will be open as usual. I just don’t think most people will be encouraged to leave their homes, though, as the bad weather courtesy of Typhoon Helen started to manifest early this morning, too! 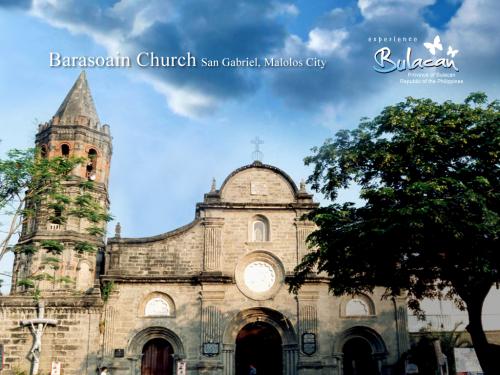 Bulacan was established on August 15, 1578 + has been part of the rich Philippine culture.  Our province is most well-known for our beloved heroes + historical personalities, including Marcelo H. Del Pilar, his nephew, Gen. Gregoria Del Pilar, National Artists Virgilio S. Almario, Francisca R. Aquino, Guillermo Tolentino + Levi Celerio. One of the most recognized symbols of our province is the Barasoain Church in Malolos City, which played a vital role in Philippine government + independence.

To the Province of Bulacan, Happy 434th Foundation Day! 🙂

images are not mine 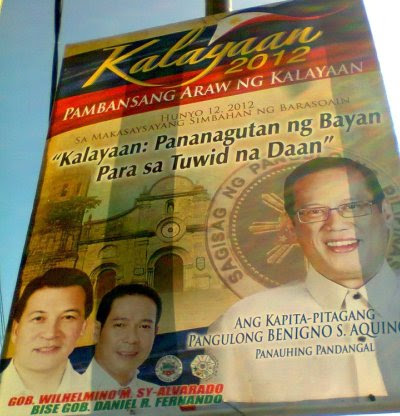 Today we celebrate the 114th anniversary of our independence + a flag raising ceremony led by no less than the highest official of the Republic, President Noynoy Aquino, as well as a day-long celebration complete with cultural performances, a medical mission + a job fair. I bet a lot of locals will also flock the famous Barasoain Church patio, not only to have a glimpse of the highest official of the land, + take part in the festivities, but also to try their luck at seeking new jobs, with resumes + work portfolios for pre-employment screening in arm.

cool Google image in celebration of our 114th Year of Independence

Not most people know but Malolos, specifically our famed Barasoain Church, played a very important role in Philippine independence history, this is where the First Philippine Republic was born + paved the way for the ratification + declaration of Philippine Independence in Kawit, Cavite in 1898.This is also the place where the first Philippine President, Emilio Aguinaldo, was inaugurated.

Barasoain Church is one of the three historical sites where simultaneous raising of the national flag are being held during Independence Day, according to provincial Governor, Wilhelmino Sy-Alavarado. They are also pushing for January 23, the anniversary of the The First Philippine Republic, to be made into a national holiday.

Too bad I will not be able to join the festivities, will be stuck at home child-minding as usual!

images are from Google