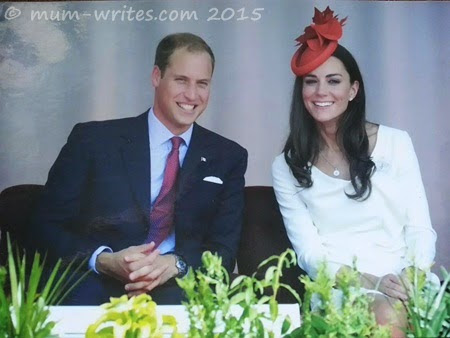 I think I am on semi-hiatus from postcrossing and was not really active in swapping postcards these days. But there are just cards that come by that I simply cannot resist like this one featuring my favorite royal of all, well, next to his mum, Princess Diana. This card also features the Duchess of Cambridge, Kate Middleton. This was taken during the Royal Couple’s official visit to Canada, in time for the celebration of Canada Day.

The birth of the royal baby is always a festive occasion in the UK. The people celebrated the day with much anticipation. A number of famous UK landmarks all turned pink to announce her birth, including the London Eye, the Trafalgar Square fountains, Tower Bridge, as well as the Blackpool Tower. I bet most people also had loud and festive celebrations in the streets and in the pub, probably with loads of beer and with popular instruments and songs playing in the background.

Thank you Tibor for sending this lovely card. I love having this in my collection of the Royal Family postcards. I also love the British Science Week postmard you used! He sent me 2 other postcards featuring the British Royal Family and I will tell you all about them in my upcoming posts.